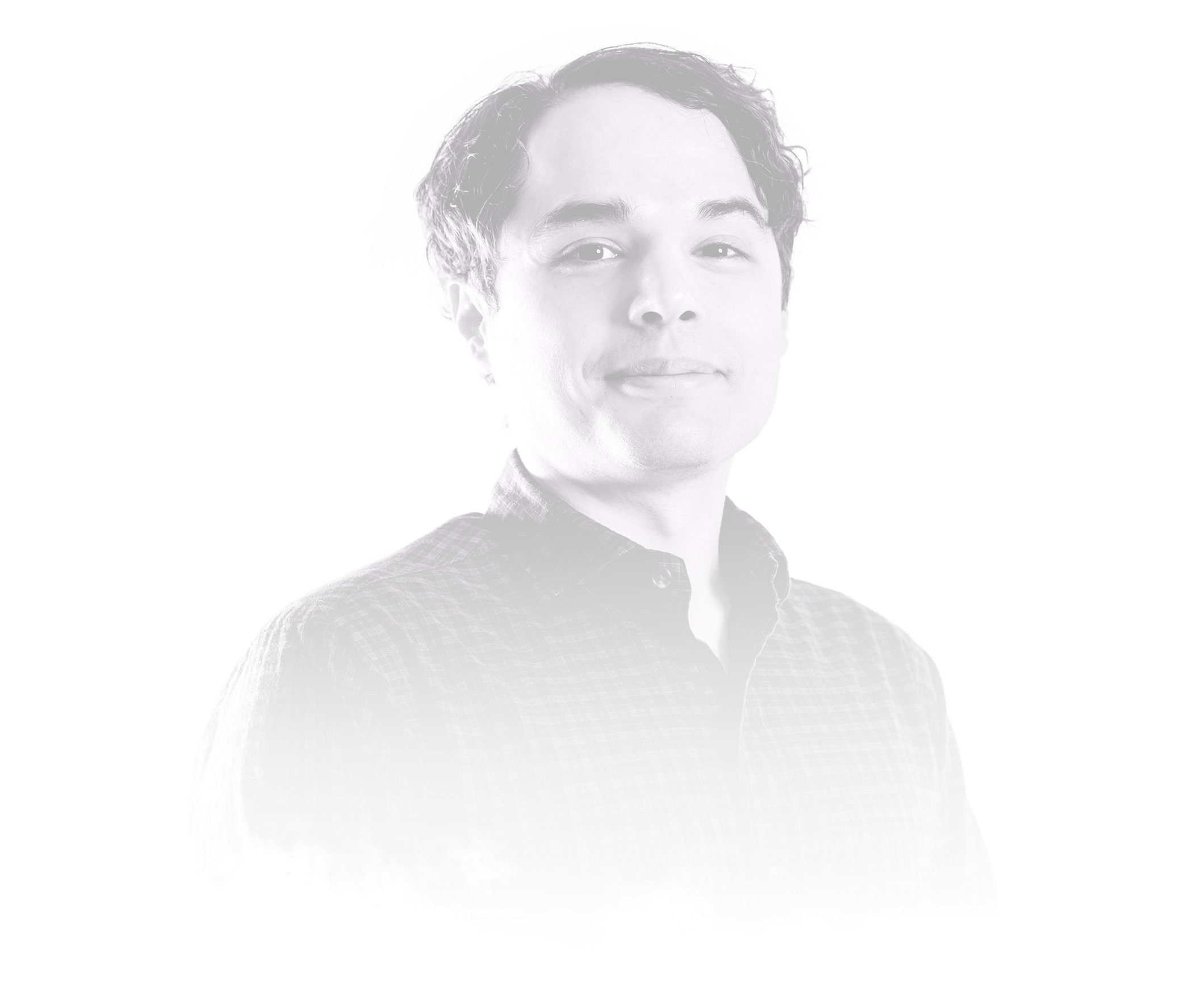 Quirky and quick-witted, Steven is an interesting hybrid of oddball developer and deft designer, and a great resource for any creative or coder looking for constructive criticism.

Steven has a sharp sense of design. And an even sharper tongue. Our quirky and quick-witted associate creative director is an interesting hybrid of oddball developer and deft designer, and a great resource for any creative or coder looking for constructive criticism. OOHligans recognize that in his time here, he’s been involved in some of our most cutting edge work, and they often tap his brain for consult.

He was born a Texan, but like a tumbleweed in the wind, he’s rambled far from the Lone Star State. Steven did a few different tours through different colleges, including nearly finishing his degree in nursing, before landing his first job in development. We knew he was talented and brought him on as a developer, but it was only after he got here that we found out he was a fantastic designer and illustrator.

Since becoming an OOHligan, Steven has created illustrations for commercials, created new brands, and, from start to finish, concepted, designed and coded campaigns that went on to earn national attention for our clients. It’s no wonder he’s earned the nickname “Chainsaw” among his coworkers. (Actually, we don’t know why they call him that, but just roll with it.)

Steven loves to rock climb, and sometimes when he’s taking a break at the office, you might find him climbing one of the columns in our office or scaling the brick walls. Funny, all this time we thought he’d eventually drive us up the walls instead.