When we got the chance to partner with the AFYA Project and the UofL School of Public Health and Information Sciences to help bring awareness to PrEP, the once-a-day pill that can actually prevent HIV, we jumped at it. After all, the chance to whip up a banging campaign (pun intended) and spread the message of an incredibly cool and potentially life-saving pill is, well… we can get down with that.

Getting Jiggy With It

Simply put, PrEP (pre-exposure prophylaxis) is a pill that works to prevent HIV. It’s not meant to replace other methods of HIV prevention, like using protection and not sharing needles, but studies do show that it works.

Studies also show that HIV is deeply affecting communities right here in Louisville, Kentucky. Our client was faced with two imperatives: one, that we tailor the campaign to reach heterosexual black men and women in urban communities in Louisville, where fighting the stigma and misinformation surrounding the PrEP is an ongoing process, and two, that we do it on an extremely tight budget. And with that budget, we needed to get our message out across various platforms including a landing page, paid search, billboards, transit posters, Spotify ads and more.

To help educate and get the word out about such a powerful little pill, we had to be smart about the creative and deliberate with our campaign execution.

We knew how important it was (and is) to be able to openly talk about the subject of safe sex. But when we looked around at other campaigns promoting types of protection, we noticed that a lot of them used scare tactics and shame in their messaging. We’ve never been the type to judge anyone, and we knew immediately that wasn’t the approach for us. We needed to demystify PrEP and do our part to help remove its stigma, not make people feel bad. Who wants to do that?

Whatever You Call It, PrEP for It.

We decided that nothing makes sex easier to talk about than getting all its cultural pet names out on the table. From knockin’ boots to gettin’ freaky, we wanted to get people’s guards down by having fun with all the words we use to talk about sex. Our slightly irreverent approach makes people do a double-take, laugh and -- most importantly -- think, what’s this campaign about?

We also carefully selected a color palette that felt warm and welcoming without appearing juvenile or over-saturated.

Across all forms of media, from Spotify spots to display ads, we saw a ton of engagement. The campaign generated nearly 3,000 page views and, most importantly, led to 45 unique users searching for a clinic near them. 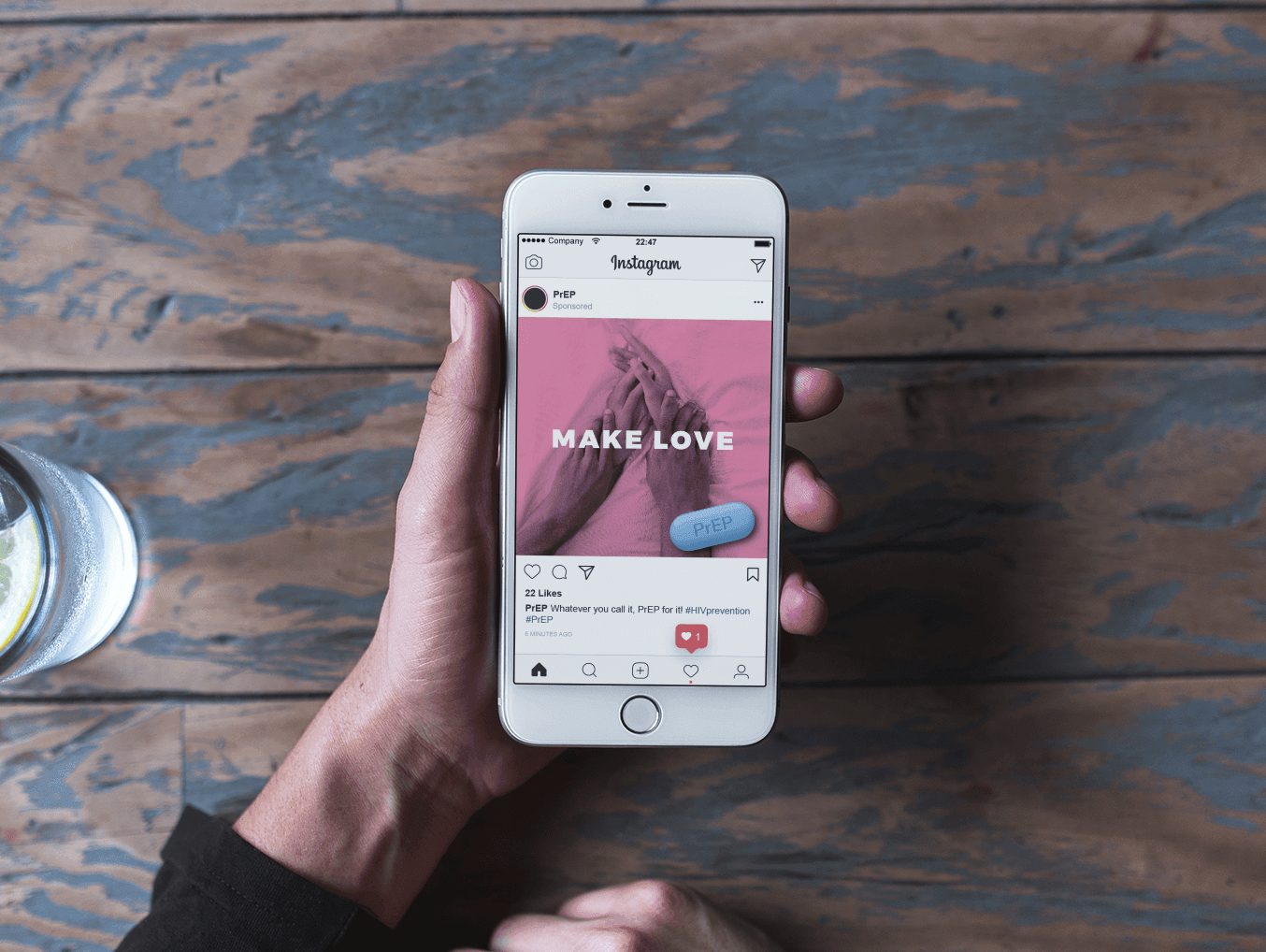 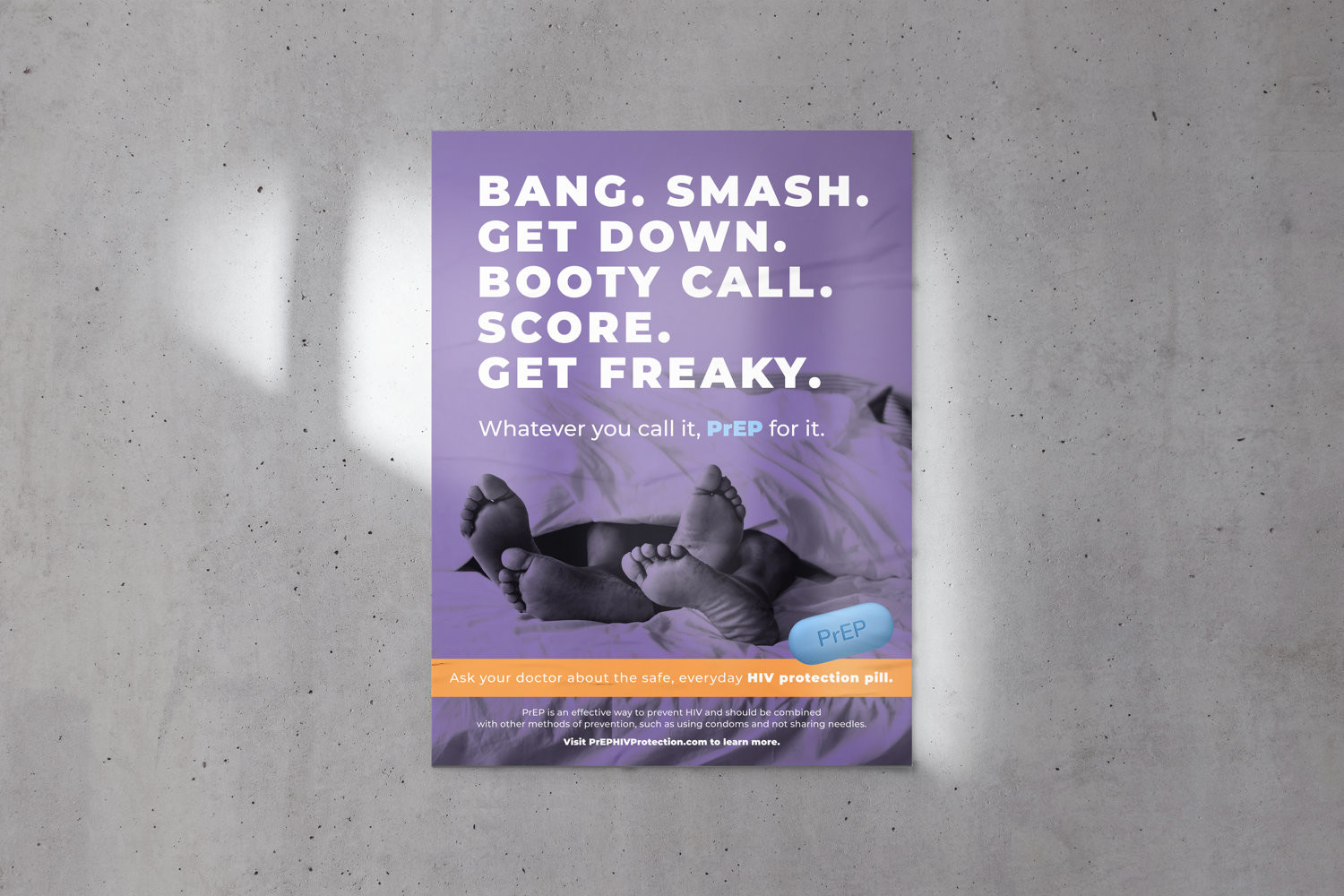 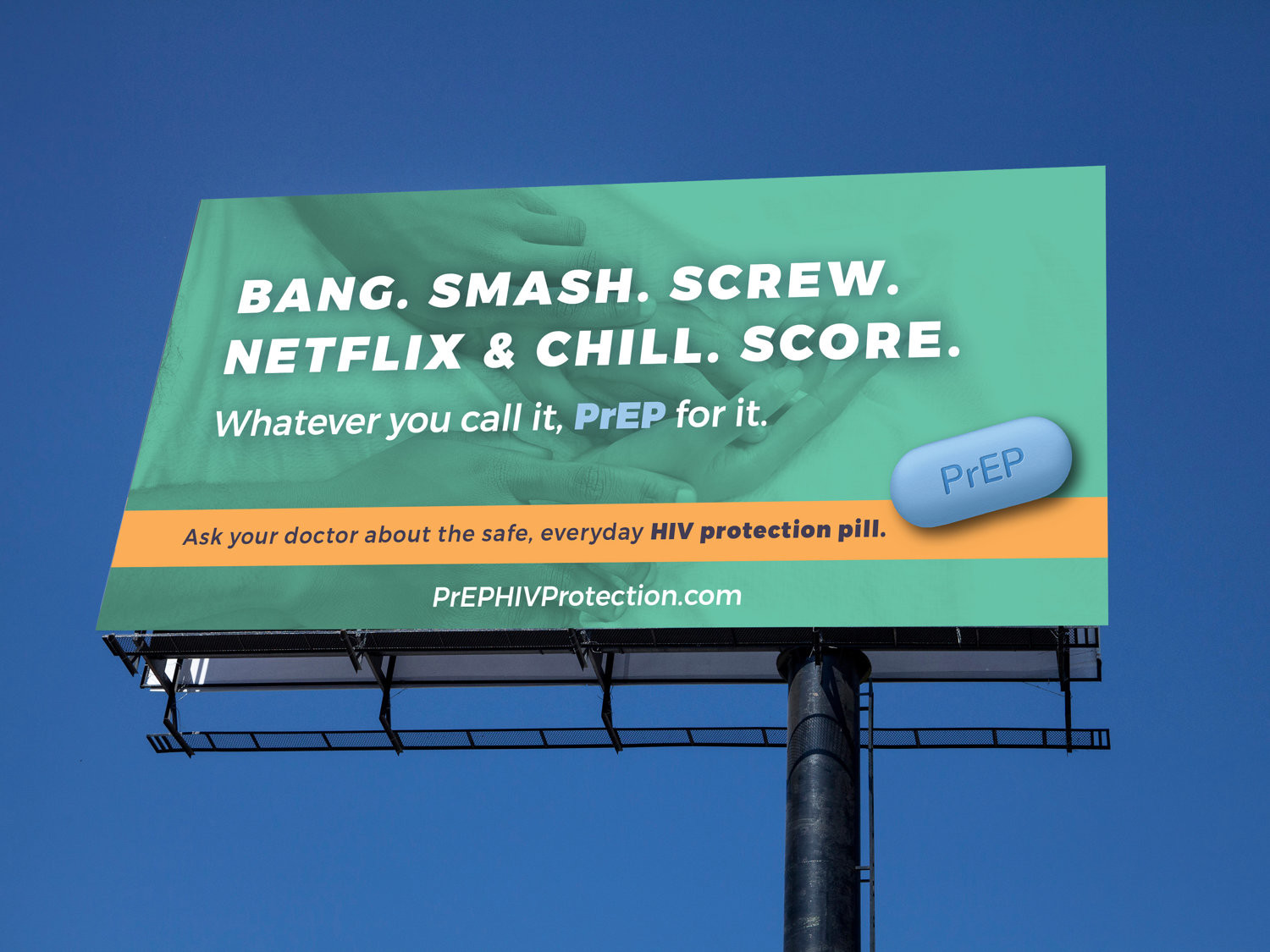